In early March 2020, a four-year-old girl fell into an open manhole during the spring break at Owls Head Ski Resort. This happened at lunchtime in full view of multiple bystanders and the crowded cafeteria. The manhole was near a large mound of snow created from clearing the parking lot. The girl and her father were walking next to the mound. Without warning the girl was swallowed into a suddenly appearing hole in the snow. As she fell in, the snow started to fill back into the hole.

The child’s father got the attention of a nearby lift attendant who flagged Julie Turcotte (also the resort’s acting paid patrol leader). Julie signalled John-Thomas Kelly and both were on scene within minutes. They realized a manhole had been left uncovered and due to the earlier snowfall had become hidden with a thin layer of snow crusted overtop.

John-Thomas evaluated the child’s condition (conscious, not injured, lodged about six feet down) and stayed with her while Julie contacted resort management, and radioed for additional patroller assistance while going to get ropes to aid in extrication. John-Thomas explained the situation to the child’s overwrought father. 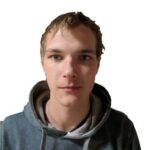 Within minutes Benoît Pilon and a resort employee arrived on scene and Julie also returned with some rope. The child was too young to grasp or tie a lowered rope around herself. Access to the hole was complicated. The resort is not located near any major community and emergency response times are lengthy, even for critical cases. There was concern that the child could slip deeper into the hole and either drown or suffer from hypothermia from the frigid water.

It was decided that Benoît would be lowered head-first about three to four feet into the hole to attempt a rescue. With his upper body completely in the hole he was held by the hem of his patrol jacket by John-Thomas and the resort employee and was able to reach the child’s outstretched hand. As they started to haul them out of the hole she lost her grip and fell two feet further down and was now up to her chest in water. At this point they realized she had not yet reached the bottom, could slip further down, and risked drowning. 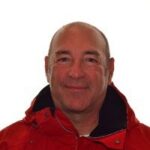 Benoît asked John-Thomas and the resort employee to lower him further down into the hole. They complied and were gripping him by his feet. He was able to get a proper grip around the child and then the pair had to raise Benoit and the child back up and onto solid ground.

Once she was out of the hole, Benoît was able to persuade her father to wait until she had been completely assessed for hidden injuries. It was determined that she was completely uninjured.

At the same time, Julie and John-Thomas ensured that resort employees dealt with the open manhole and assisted with putting a temporary cover and fencing in place to prevent any more people from falling into the manhole.

The quick and coordinated teamwork performed by Julie Turcotte, Benoît Pilon and John-Thomas Kelly in conditions that could have caused personal harm to the patrollers prevented a four-year-old girl from further potentially life-threatening injury or death (drowning or hypothermia). For their selfless actions Julie, Benoît and John-Thomas were awarded the CSP Bravery Award in 2020. 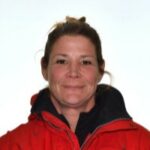