Note: The term womxn is used to represent women, trans-people and non-binary individuals in the context of diversity, equity and inclusion (DEI).

People living in cold climates are no strangers to the ski. Yet, this 5000-year-old essential mode of transportation for Scandinavian farmers, hunters, and warriors took until the late 1800s to become a true leisure sport – and in doing so groomed the way for greater women’s participation. 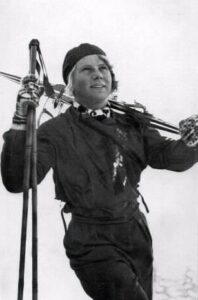 Laila Schou-Nilsen, Norwegian skier, Winter Olympic Games, Garmisch-Partenkirchen, Germany, 1936. Laila Schou-Nilsen was a world record holder for speed skating, but as there was no event for women, she entered the combined alpine skiing event, where she won the bronze medal. A print from Olympia 1936, Die Olympischen Spiele 1936, Volume I, Cigaretten-Bilderdienst, Hamburg, 1936.

Flash forward slightly more than 100 years and involvement is at an all-time high. According to a study conducted by the Canadian Ski Council in 2019, of nearly 2.7 million snow sport participants:

However, have we at the CSP kept up with how our society is shifting towards diversity, equity and inclusion (DEI)?

As of this article’s writing, 24 per cent of our membership are womxn, however, what’s interesting is the level of engagement of those members. A closer look at the numbers show:

Two of the organization’s largest membership zones – Central and Gatineau – are led by womxn. In Ontario Division, womxn hold five of the nine executive positions. Plus, volunteer patrols at the popular destination resorts Lake Louise, Panorama, Fernie, and Sun Peaks are also guided by womxn.

At the 2018 Altitude conference held at Mont-Sainte-Anne, Sun Peaks members Sue Elder and Jean Strong presented the first ever comprehensive women’s-only clinic called “Her Turn.” Based on a similar NSP event from Colorado in 2012, Sue notes: “It was an experience I’ll never forget. The skills and insights I gained from that day inspired me to bring these to our CSP membership. We are awed by the talent and dedication of the women of CSP.”

Yet, it is not just up to womxn to build each other up. This International Women’s Day March 8 – take time to celebrate, support, encourage, and ultimately help us grow the womxn involved at the CSP. 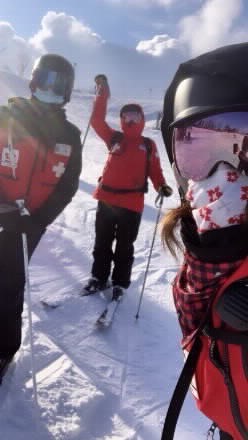 The other half: Womxn who inspire