This year the CSP was proud to award life membership to five individuals in recognition of their exemplary service. A brief synopsis of their contributions is provided below and the full details contained in their nominations can be found on the CSP members’ website. 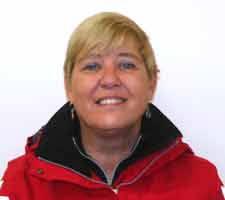 Wendy Herron has contributed to the CSP at all levels in positions including as a first aid and on snow instructor, patrol leader at Owl’s Head and then zone president for Eastern Townships Zone, taking on that position when few others wanted to. She reinvigorated the zone, improving the zone’s finances and reporting, while at the same time skiing and visiting each of the resorts in rotation and meeting with hill management to keep the name of the CSP relevant and respected. While zone president, Wendy was voted on to the Quebec Division board of directors.

At the national level, she served on the board of directors for a two-year term in 2010-2011 and worked tirelessly on the governance and by-laws. More recently she has been an active contributor to the next-generation national first aid and on snow manuals, and was an active participant in organizing the national on snow symposium at the Altitude conference held in Quebec City.

Over Wendy’s CSP career to date most of the jobs that she has taken on were ones that no one else stepped up to. Upon completion of her term in one position, she starts looking at where she can assist in another, truly symbolizing what members look for in a leader. 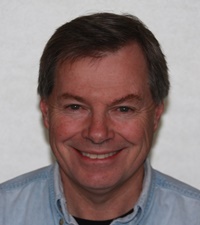 David Kells has been closely involved in initiatives of various levels of the CSP for more than 40 years. In the late 1990s and early 2000s he revitalized the local ski swap fundraiser in the then Scotia Zone, making it more attractive to both commercial retailers and individual consumers. His community engagement and liaison with local ski areas provided the opportunity to develop alternate venues and increase the space available, with the net result of exponentially increasing the funds generated over only a few years.

At the zone level, David has been a member and chair of the zone and division recognition committees for more than 15 years. In 2018-2019 he led a zone project to simplify award nominations using an online system implemented with the support of the national organization which has increased awareness, results and program access.

David served as Atlantic East division president from 1995 to 1998 and focused on ensuring the sustainable and continued growth of the division. He was responsible for implementing a comprehensive database of all division members (pre-NDS), which also helped to recognize individuals who had leadership potential and build the new generations of leaders. As division president, perhaps his most lasting achievement was developing and enhancing division programs with additional funding he secured from the province. At the request of the Nova Scotia government he was instrumental in redeveloping the Sport and Recreation Grant available to all recreational organizations in the province. The first year the new grant was issued, Scotia Zone received more than double its previous grant funding, which was used to facilitate additional training, supplies, recruitment programs and professional development. This division grant continues to be a significant source of funds for Nova Scotia Zone today.

At the national level, David has held several roles including the national vice-president for finance and serving on the board of directors for four years where he was involved in the drafting and implementation of the CSP’s recommendations on helmet usage. He was also involved with expanding the role of the national corporate sponsorship developer, and improving national governance and fiscal policy to requirements that align with CSP standards today.

David was the recipient of the zone and national bravery awards in 2005 and was also awarded the Nova Scotia Lifesaving Award by the lieutenant-governor of Nova Scotia. David is an inspiration to the membership and selflessly puts other’s needs ahead of his own, stepping outside the bounds of safety to assist when needed. 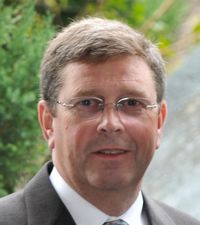 When the proceeds of previous fundraising initiatives at the zone (bingo) dwindled, Don became more involved with the ski swap process with the Toronto Ski Show, eventually leading the entire show and has an encyclopaedic knowledge of the entire operation. Don and his team support four other swaps in the zone and have supported other zones as they started their own swaps.

Don is also a key representative for the zone and Ontario Division with the Ontario Snow Resorts Association (OSRA) and continues to help build and enhance relationships with them, a skill that has been invaluable when OSRA members were actively looking for alternatives to the CSP. 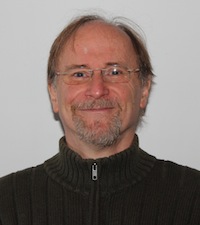 Eric Waddell’s career in the CSP began in Greater Vancouver Zone where the work he did to transform the tracking of patroller registration, payment, scheduling, etc. to a more automated electronic method of managing personnel was the kernel that became the National Database System (NDS). The NDS is still in use today although being phased out to be replaced by YETI, which has also been inspired by this work. The system was built to support the needs of the CSP.

Upon his transfer to Central Zone, he once again stepped up to help move that zone (and subsequently most of Ontario Division) from the manual world to an automated one through the creation of the Zone Information Management System (ZIMS). During the season patrol leaders can manage their workforce, review reporting on patroller attendance for shifts, training, etc., manage shifts for ski swaps and the like. Patrollers can use the system to register, pay fees, select training sessions and shifts, and make visitation requests, among other things.

Eric was also actively involved in the Greater Vancouver Winter Extreme ski swaps, supporting them remotely after transferring east. He has held a number of executive positions in both zones, including as acting zone president in Central Zone when the then current president took a leave of absence.

Much of Eric’s work is done behind the scenes; he is always willing to pitch in and collaborate without ego, desire for recognition or the limelight. In the words of his nominator, “He is someone who is happy to work quietly behind the scenes, doing the heavy lifting that others can’t or won’t do, or won’t without being recognized.” Congratulations Eric. You have now been recognized as Life Member No. 80. 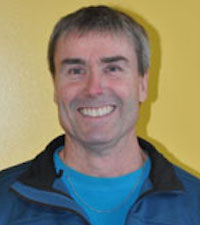 Don J. Wilson has been a CSP patroller for more than 40 years and has held positions at the zone and division levels, the highest-profile contribution being the Mountain Division education coordinator. In Yukon Zone, Don has held multiple positions and in 1993 took on the role of establishing the new patrol at Mount Sima, where he trained all of the alpine patrollers and took on the roles of alpine patrol leader and on snow training officer. In addition, Don builds Sun Valley splints, bent-knee Sun Valley splints, backboard and spider strap systems whenever they are needed for the patrol.

At the division level, Don filled the role as Mountain Division VP of education, which required trips away from home to meet the demands of the position. He participated in important CSP education discussions which have impacted first aid and on snow training across the system, and led division education meetings several times a year to ensure consistency in education across the division.

In 2007, Don was in charge of recruiting and coordinating patrollers for the Canada Winter Games, held in Whitehorse. He successfully recruited and rostered 32 patrollers from across Canada who provided first aid and rescue services at three venues and for five sports.

Through his commitment and enthusiasm Don has provided a positive role model for patrollers and provided leadership in on snow instruction. In his capacity as a patroller, he has also volunteered for many CSP sanctioned non-skiing events which raise the profile and are a source of income for the zone. He is also the past-president of the society that ran Mount Sima ski resort and has also previously been its general manager. Don is the longest-serving active member in Yukon Zone.