Earlier this fall, the members of Frontenac Zone were saddened by the passing of Ron Arbuthnot, a long-time member and one of the architects of the zone’s success over the years. Ron was a great patroller, leader, and friend of the zone.

Ron passed away after a three year battle with Alzheimer’s Disease. 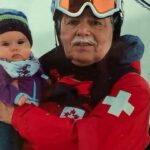 Sid Gaudry was a long-time patroller and leader in Qu’Appelle Zone. To Sid, patrolling was a family affair with both his wife Caroline and children Jacqueline (McIlmoyl), Nichole (Diewold) and Robert included. Jacqueline and Nichole are current members of the zone.

He held pretty much every job in the zone over the years, including a stint as zone president during the zone’s early years. He was even a member of the bobsled and luge patrol at the 1988 Calgary Winter Olympic Games and he can tell you what really happened with the Jamaican Bobsled Team on its last run!

Sid was awarded CSP No. 560 in 1989 and received the John D. Harper Lifesaving Award in 2008. Both his daughters have also received this award in separate incidents. In 2018 his daughters also saved Sid’s life when he began seizing at a restaurant where he and his family had gathered for family brunch. Jacqueline and Nichole used their CSP training to administer CPR, retrieve a defibrillator and stabilize their father before emergency services arrived.

In January of this year the zone held a celebration of his 40 years of service and many anecdotes from his years of service were recounted and celebrated. A writeup of this event is available on the Saskatchewan Division website.