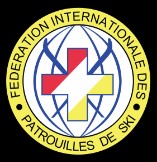 FIPS (Fédération Internationale des Patrouilles de Ski) is the international organization representing ski patrollers and associated ski safety organizations with membership from throughout the world. The CSP was a founding member for Canada in 1979. Since then FIPS has grown to now include 18 national ski patrol organizations around the world. It endeavours to hold a world congress every two years with the 22nd congress being held in Argentina in September 2019. The 23rd congress scheduled to be held in France in 2021 has been rescheduled to 2022 due to the global pandemic and travel restrictions in place.

Between each world congress, FIPS remains active with special interest groups in various topic areas meeting on a regular basis as well as the FIPS board and executive committee.

In this regard, FIPS has been in discussions with FIS to strengthen their affiliation. The International Ski Federation (FIS) is the governing body for international skiing and snowboarding, founded in 1924 during the first Olympic Games in Chamonix, France.

The CSP has had a long and ongoing relationship with FIS in Canada providing services at FIS events for many years. The CSP was instrumental in developing the FIS “racer down protocol” adopted in 2001 through the efforts of the team at Lake Louise World Cup. As well, the CSP continues to provide patrol services for FIS sanctioned races across the country.

FIS and FIPS Care for the Kids

FIS and FIPS have entered into a memorandum of understanding (MOU) to work together in partnership to “Bring Children to the Snow.”

The partnership focuses on four areas:

The full MOU may be viewed in English here. The CSP will be working with FIPS to both provide input and to take advantage of opportunities provided through this partnership. The joint press release can be viewed here. 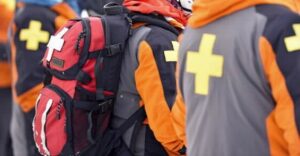 FIS and FIPS unite to care for the kids

One of the primary goals of Bring Children to the Snow has been the education and communication of how to be safe when skiing and snowboarding. A core part of this goal has been the 10 FIS Rules for the Conduct of Skiers and Snowboarders.

FIPS memorandum of understanding with FIS