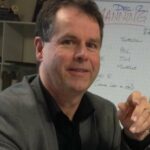 In December, 2019, Sheldon Marche travelled to Los Cabos, Mexico for a warm-weather vacation. The next morning he received a call from his sibling letting him know that their mother had entered the last stages of her life and that any family members wishing to say goodbye should make arrangements to travel to her side in Corner Brook, Newfoundland as soon as possible. As he was waiting with friends to hear back regarding arrangements, two of his friends yelled to him that he needed to go down to the beach because there was someone choking who required assistance.

Sheldon immediately headed to the beach. The hotel lifeguards arrived about 30 seconds ahead of him and began trying to clear the airway. The patient was approximately six months old, unconscious and the airway was blocked. The lifeguard was using his protocols which were different than the CSP’s. A second patroller arrived on the scene as Sheldon attempted to coach the lifeguard through the language barrier to adapt their response. This was not successful and Sheldon took over the rescue, using CSP protocols.

As all of this was going on, a large crowd gathered and was yelling loudly in multiple languages to ‘correct’ Sheldon’s protocols to which he responded that he was trained in first aid. After approximately two minutes of alternating back blows and chest thrusts the second patroller noted a weak breath by the patient, advising Sheldon of the change in situation. As he turned the patient to his back and was listening for breathing, the lifeguard’s finger entered the patient’s mouth for conduct a blind sweep, which resulted in a re-obstructed airway.

Sheldon resumed the alternating back blows and chest thrusts for another 90 seconds after which the second patroller noted a weak crying sound from the patient and a curdled milk-like froth was coming from the patient’s mouth and nose. At this time the lifeguard yelled “ambulance” and retrieved the baby, running up the ramp into the hotel towards the ambulance. He was advised to keep the baby face down, head down to protect the airway that was present. Approximately 15 seconds later someone in the crowd yelled that the lifeguard had turned the baby on his back and that it had stopped breathing again.

The mother (or grandmother) grabbed Sheldon by the hand and forcefully pulled him with her up the ramp towards the baby. Halfway up the ramp Sheldon felt and heard a snapping in his calf muscle and was unable to keep up with the mother who he passed to the security team, asking them to take her to the baby, and he became a secondary patient to the incident.

Following the incident hotel staff was reluctant to offer any information. Sheldon left the resort the next morning with assurances from the resort management that the baby was fine and that they would communicate the outcome. Friends and witnesses at the resort relayed similar information, subsequently confirmed by the resort some time later. Sheldon did make it to his mother’s side before she passed away and continues to recover from torn calf muscles incurred during the incident.

For his actions in saving the life of the six-month old baby in very difficult conditions, the CSP was proud to award Sheldon Marche the John D. Harper Lifesaving Award in 2020.