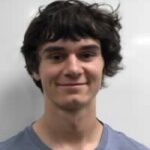 Tyler Dickson had learned CPR from the CSP about two months before he and his class were on a field trip to Vancouver. Tyler and classmate James Cannon went to their hotel sauna and then to the pool, where they saw another classmate swimming a distance underwater. When the classmate surfaced he was struggling. After realizing the swimmer was in distress, James and Tyler got him out of the water; which was a struggle, since by then he had lost consciousness. They assessed the swimmer on the pool deck, confirming that pulse and respiration were absent, skin colour was poor and the patient did not respond to painful stimuli. CPR was immediately started while a parent chaperone, not trained in first aid, called EMS.

EMS arrived about 15 minutes later and asked the two young rescuers to continue CPR while they applied an AED and delivered shocks. The patient regained a pulse and was transported to hospital where he was admitted. He suffered several more cardiac arrests throughout the night.

The patient was diagnosed with catecholaminergic polymorphic ventricular tachycardia (CPVT). Many patients with this condition do not survive their first attack of the disease, often manifested with a sudden cardiac arrest in otherwise healthy individuals. The patient has been released from hospital and is managing his condition well, resuming his normal life – including skiing.

The paramedics and doctors caring for the patient were impressed by the actions of James and Tyler, who have used the episode as an example for other students, many of whom have asked for first aid training. At the time of the incident in 2019, Tyler was 15 years old.

Tyler Dickson was recognized in 2020 with the John D. Harper Lifesaving Award for his actions in saving a fellow student.