Mountain Division is geographically among the largest in the CSP, incorporating all of Alberta and the Yukon, a north-south stretch of about 3,800 kms that includes all the Canadian eastern slopes of the Rocky Mountains. Of course the mountain name directly reflects some the mountain terrain and elevation on offer in parts of the division, where winter comes early and stays late, extending well into May.

Dependably early-season snow also backstops one of the division’s marquee events, the Winterstart World Cup Men’s and Women’s Downhill and Super-G ski races at Lake Louise in late November and early December. CSP members are the core of the event’s medical team and are excited to be back at the races after a year off in 2020 due to COVID-19. A week of NORAM races follows two weeks’ of World Cup activity. 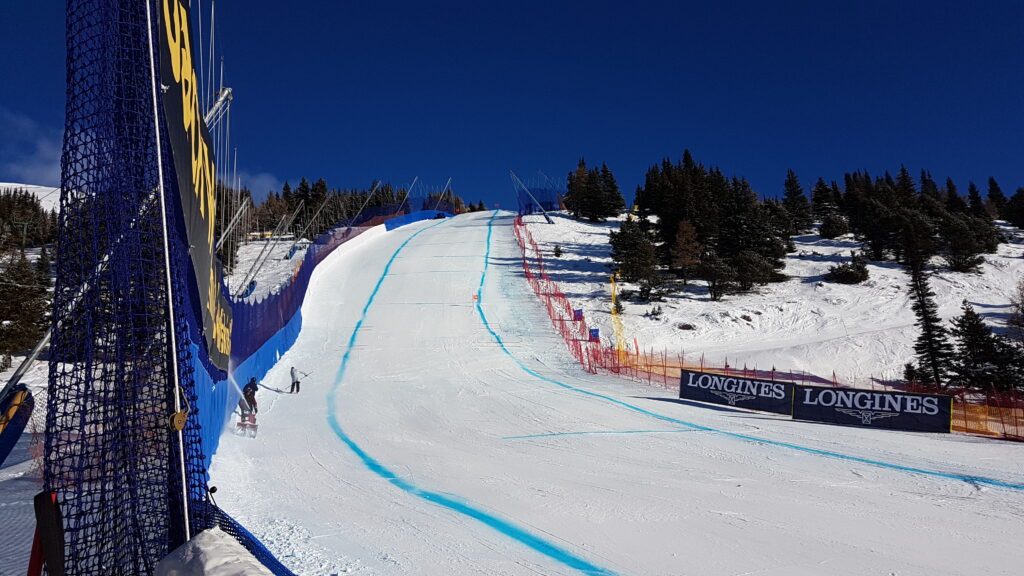 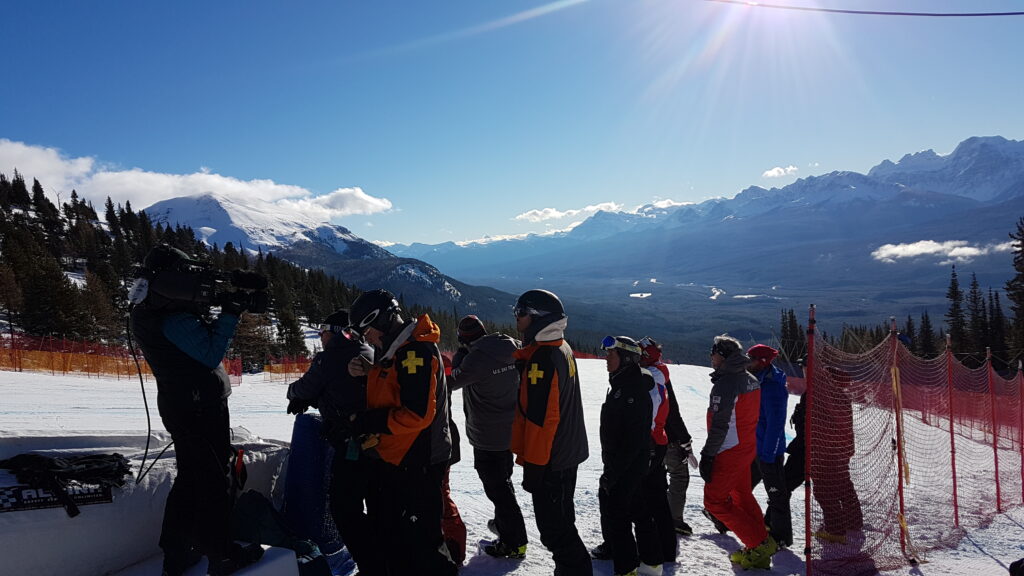 Not all of Mountain Division is mountains; in fact it’s really just the division’s western edge that’s the Rockies and the foothills. Elsewhere much of Alberta is fairly flat and so ski resorts there are often found in river valleys. Nordic skiing is popular and there are a number of Mountain Division Nordic patrols in both Alberta and the Yukon.

In September, Mountain Division implemented a mandatory vaccination policy required to deliver first aid, which has been rolled out successfully across Alberta and the Yukon. Many resorts – although not all – are requiring proof of double vaccination to ride lifts. Provincial and territorial rules require proof of vaccination to enter buildings.

A number of division members – along with CSP members from across Canada – are looking forward to the 2022 CSP Mountain Division Ski Improvement Clinic, which will be held January 23 to 28 and February 6 to 11 at Kicking Horse Mountain Resort. The 2022 event is sold out, and will be the largest ever with more than 200 patrollers, friends and family in attendance. Look for information on the 2023 event on the Mountain Division website in May, 2022. Act fast. This year, Week 2 sold out in 21 days and both weeks were sold out by September. 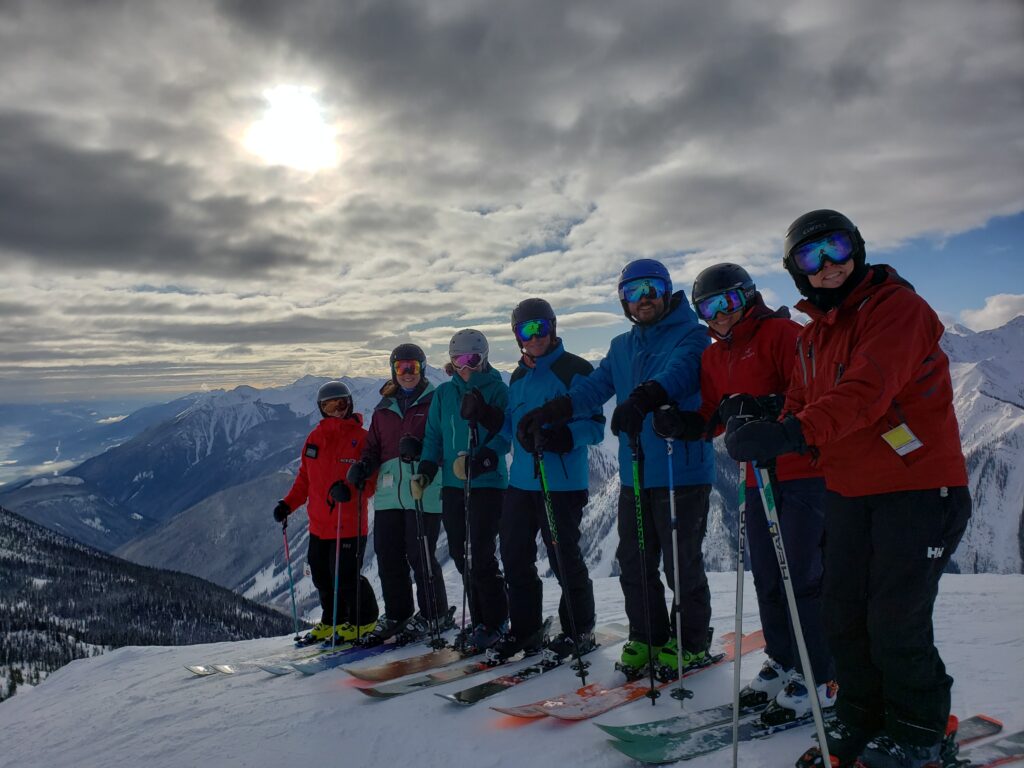 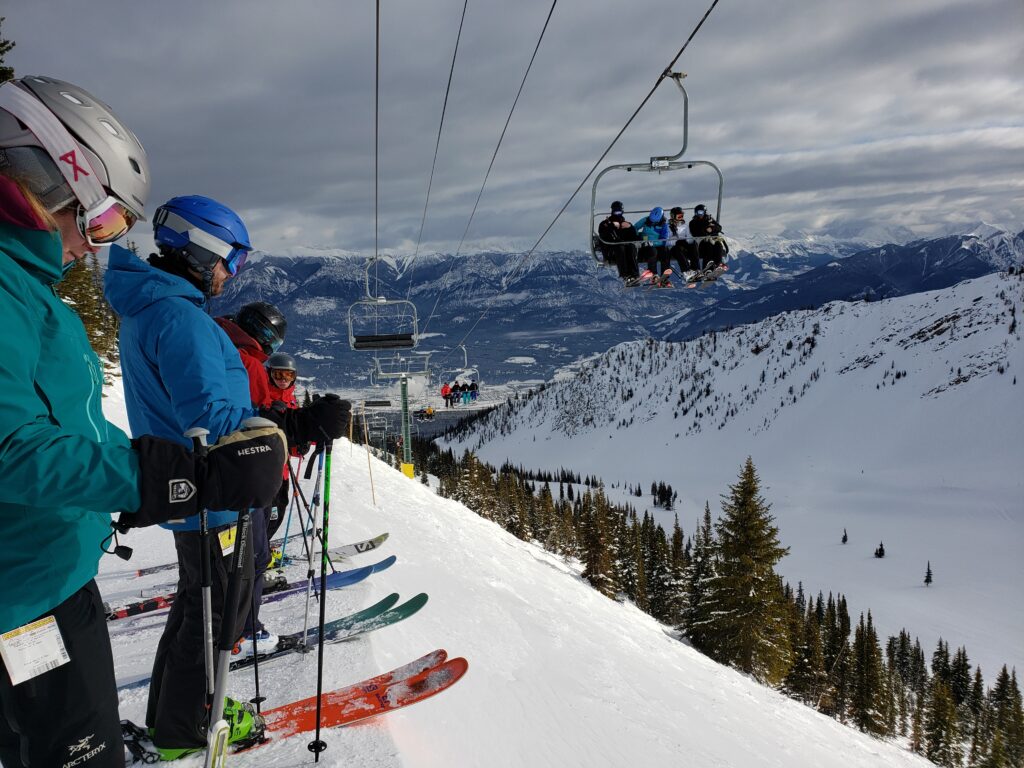 Mountain Division will also be hosting its annual first aid and toboggan training and skills development event, known as FAST, which has been conducted each year for more than five decades. It will be held March 4 to 6, 2022 at Marmot Basin. The event features professional development for division CSP members centred on on-snow and rescue skills, first aid and toboggan handling. The toboggan controlled descent with a stopwatch event is a long-time favourite.

Mountain Division is pleased to be a dynamic, active division making strong contributions to the national organization through members involved in prominent national CSP governance, finance, education and communications roles. 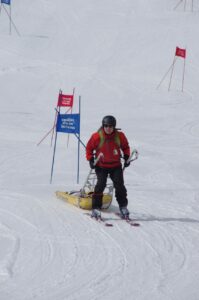