CSP Qu’Appelle Zone in Saskatchewan Division is recognizing 30-year member Allan “Al” Tait. Every year since 1996, Al has travelled to Alberta to volunteer with the North American Cup (Nor-Am), an international ski race competition for young skiers from across Canada and around the world.

The Nor-Am Cup races occur after the men’s and women’s World Cup ski races at Lake Louise. It is a five-day event with two days for training, two days of Super Giant Slalom (Super-G) and one day of downhill races. The Nor-Am Cup is the only venue in North America where young racers are able to race on an official World Cup circuit course.

How does a person from the prairies get involved in Mountain Division first aid services? It all started when Al called Calgary Zone expressing his interest to volunteer at the races. After completing his mountain training that includes pulling a toboggan over double black diamond runs, the rest is history.

Al is also a first responder in his community of Dilke, Saskatchewan, a farmer and a paid patroller at Mission Ridge. Ever the calming influence, Al has great stories of his adventures, is always willing to share his knowledge and experience and a good laugh. He is also a proud husband, father and grandpa and has instilled his love of skiing in the whole family.

We are proud to have Al, an amazing patroller and mentor, as one of our number. 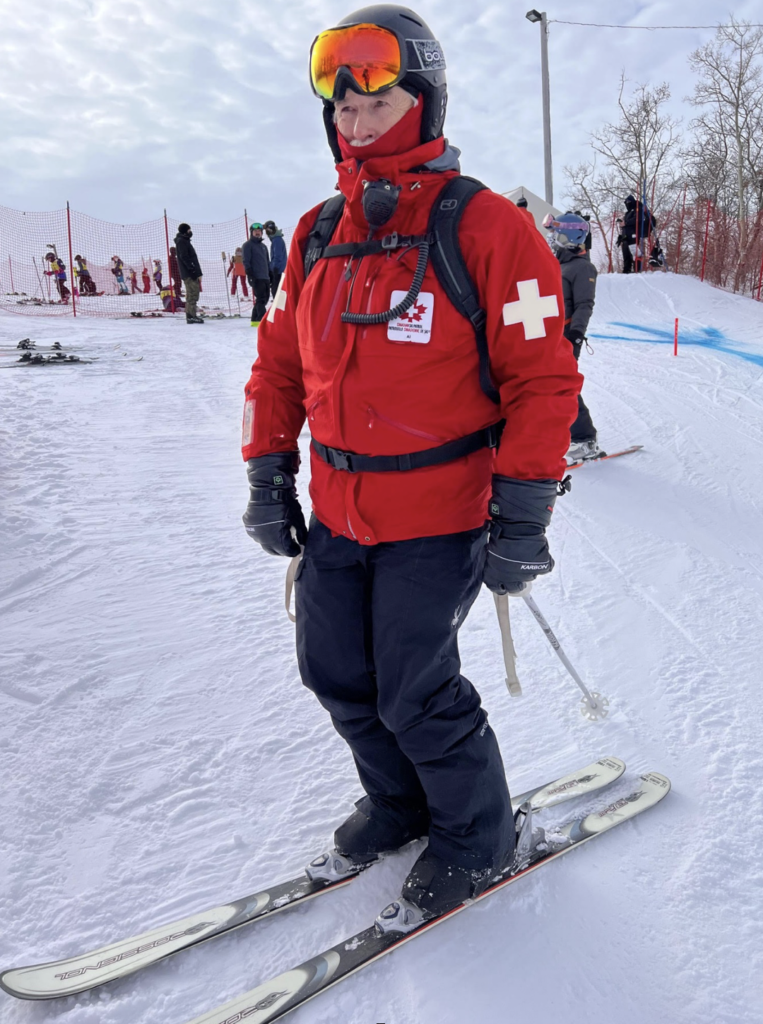 Al volunteering at the Nancy Greene Ski Races at Mission Ridge in Fort Qu’Appelle on February 12, 2022. (Photo by Erin Tyson)