At mid-March, CSP Mountain Division activities are continuing at a busy pace with, in some spots, a full two months of skiing still ahead. 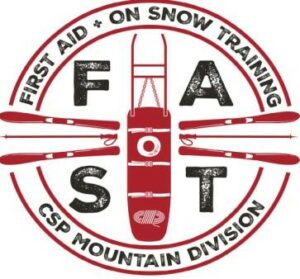 After successfully completing its week-long ski improvement clinics at Kicking Horse Mountain Resort in January and February, the division is planning for its first aid and on-snow training clinic (FAST) which will be held at Jasper, Alberta’s Marmot Basin on April 8 and 9. This competitive skills development event is now into its sixth decade. Details can be found here.

Looking farther ahead, the division is excited to be planning for its first in-person annual general meeting in two years, in Edmonton, Alberta, in June. The COVID-19 pandemic has created chaos for many division events since the spring of 2020. Various meetings, clinics and competitions have all been put on hold or had to be accomplished virtually. Everyone is appreciating the current return to normalcy after COVID-19 restrictions were dropped.

Along with the ski improvement clinics, the early months of 2022 have seen a number of events, including freak wind storms at Mt. Sima, outside of Whitehorse, Yukon and at Marmot Basin, with winds reaching nearly 200 km per hour. There was some damage to facilities, but thankfully, no injuries.

Patrol leaders and other leaders within the division took part in a two-session virtual course on improving critical communications and dealing with difficult topics.

Late in January, led by the CSP Calgary Zone, a virtual critical incident stress management course was held with attendees from across the division and beyond, shepherded by division CISM coordinator Sandra Williams.

Looking forward, division president Mike Palamarek will be attending the annual meeting of the Canada West Ski Areas Association at Lake Louise, Alberta April 26 to 28. The CWSAA is the largest ski industry operators association in Canada and represents ski areas and operators in Alberta, British Columbia, Manitoba, Saskatchewan and the Yukon.

Across the division, snow conditions have been decent, although a record cold spell over the holiday season with wind chills in the minus 40s and 50s meant some areas had to temporarily close for safety reasons.

The pandemic and other factors have had a mixed impact on membership, with numbers down in some urban areas, but other areas with record or near-record membership and in several zones, waiting lists. The CSP Mountain Division is made up of 11 zones stretching from Yukon Zone in the north to Southern Alberta Zone and Palliser Zone along Alberta’s southern border.

As the world starts to reopen following the pandemic, Mountain Division is seeing the return of many non-snow events through the spring, summer and fall. In the spring, the division occasionally sees the phenomenon of non-snow events having to be staffed while the skiing and patrolling season is still going strong. A number of hills in Mountain Division will continue their operations into May, and Sunshine Village will remain open until Victoria Day, May 23. Sunshine has the longest non-glacier season in Canada; it is second only to Whistler-Blackcomb. 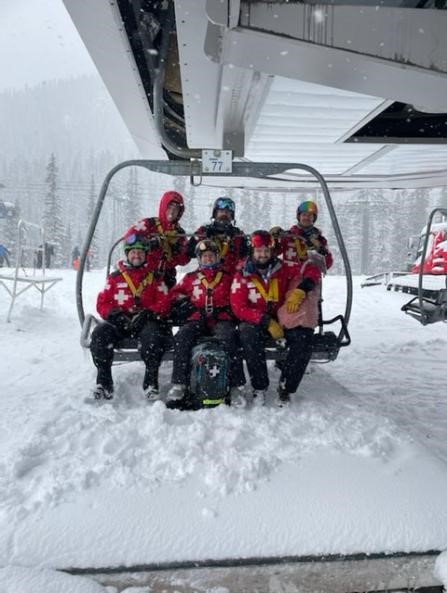