Dr. Douglas Firth was a young Toronto osteopath. In the late 1930s, wherever there was skiing, he mobilized people to provide rescue service to injured skiers.

In 1940, he was asked by the Canadian Amateur Ski Association to organize and train a first aid and rescue group to patrol the ski hills – thus forming the Canadian Ski Patrol (CSP).

Dr. Firth was President of the CSP for ten years, and during that time he helped the system solve many challenges. He was honoured in numerous ways by the skiing community and beyond for his contribution to ski safety including:

CSP Life Member No. 1
Induction into the Canadian Ski Museum Hall of Fame in 1983
A run at Blue Mountain Resort, Ontario, named “The Dr. Doug” in 1990
He became a member of the Order of Canada in 1997 The intention of the alumni association is to keep retired patrollers in touch with the current activities throughout the patrol, and to allow retired patrollers to take advantage of the pro deals that have been made available to members.

Anyone who registers will automatically receive electronic copies of “5/5;” the CSP newsletter, via email to keep them informed. For the small price of $5.00, an alumni membership card that has no expiry date is also available. It can be used as proof of membership when making purchases from any of the retailers that provide the CSP with pro deals and other incentives.

So if you still yearn to make some turns, or find out who is still making them, sign up today and start your second life in the CSP as an alumnus.

To register as an alumni and subscribe/unsubscribe to “5/5,” contact: alumni@skipatrol.ca 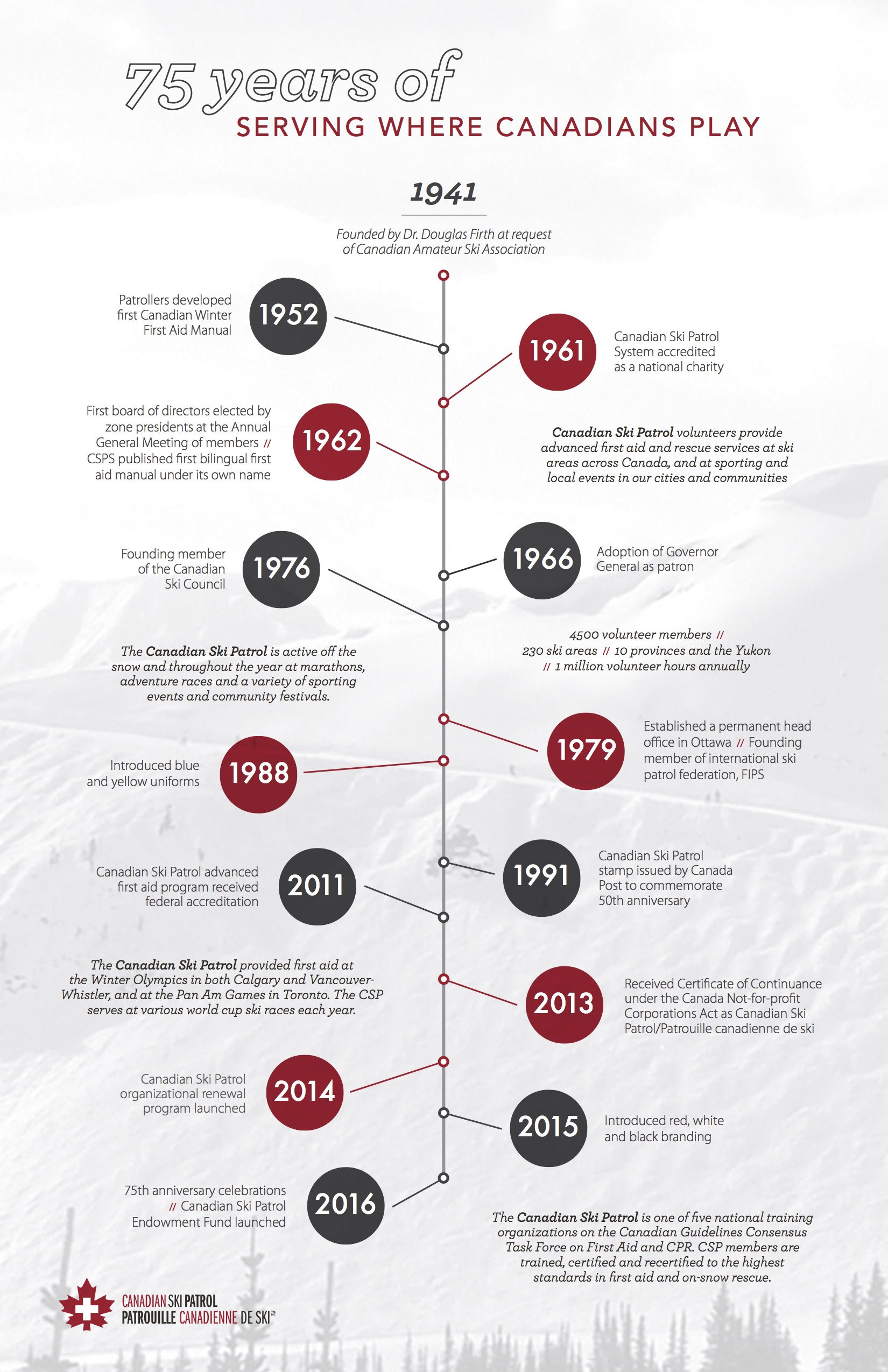