In November 2019 John Dinsmore was on his way home from work when he decided to stop in to see his parents and catch up with them. When he arrived, he first chatted with his mother in the kitchen and then went to see his father.

When John started to chat with his father, he noticed that his father had not responded to some of his questions. He then realized his father’s tongue was protruding from his mouth and his eyes were closed. Upon examination, John realized his father was non-responsive and he could not find a pulse. He called for his mother to call 9-1-1, at the same time pulling his father onto the floor and starting CPR.

John’s family lives approximately 20 minutes outside of the nearest town and when EMS arrived 20 minutes after the 911 call, John was still doing CPR. EMS shocked his father three times before getting a pulse. Once stabilized, John’s father was transported to the local hospital and then on to a hospital that deals specifically with heart issues and complications. His father underwent surgery and was in hospital for a couple of weeks. It was determined that John’s father had suffered a myocardial infarction and cardiac arrest.

John’s father survived the incident and is alive today due to the quick response time and quality of the CPR that John delivered. For his actions, John Dinsmore was awarded the John D. Harper Lifesaving Award in 2020.

In March of 2019, Stuart Hutchings was instructing a student when he witnessed a 17 year-old female (Alexa) ski past him, apparently out of control and in distress. She fell and went 20 to 30 feet off the run, through the trees and into deep snow. Stuart left his student and went to the injured skier who was not moving and unresponsive. He did not touch her and called for ski patrol assistance, and also contacted resort administration for an ambulance. As the incident progressed, Stuart assisted patrollers with equipment and moving the injured skier out of the area.

Ryan Cook and Christain Hodak received the radio call just before 11 a.m. while in line at the chairlift. They left the line and ran to the scene which was visible from where they had been standing. Christain held C-spine control while Ryan performed an assessment, called for equipment and verified the ambulance call, and provided reassurance to the patient’s father when he arrived. Martin Hales and Steve Hailstone also ran up to the scene while Thomas Pinhey and Jeff Smith arrived with the toboggan including backboard, and the basic life support (BLS) bag. Vlad Sevo also arrived to assist.

Alexa was in thigh-deep snow, well off the run and into the trees, hampering movement and extrication. She had one leg twisted and buried in the deep snow which several patrollers dug out and stabilized against the other leg. With the snow packed underneath, she was stabilized on a backboard which was then moved hand over hand up onto the run and into the toboggan, and then transported to the clinic behind a snowmobile with Martin.

When the ambulance arrived, the patient’s father accompanied her, leaving the family’s other children behind. Alexa’s mother was contacted and arranged to meet them at the hospital. Steve Hailstone offered to drive the other children home to Spencerville – a two-hour drive from the resort.

Alexa was transported directly to the trauma hospital in Hull, Quebec, and then transferred to Children’s Hospital of Eastern Ontario (CHEO) in Ottawa. According to her GoFundMe page, Alexa suffered a traumatic brain injury and was unconscious for more than a month. She remained at CHEO until late July 2019 at which point she was using a communication device and custom wheelchair for assistance. In September 2019 she was accepted into a rehabilitation centre in Hamilton, Ontario. She was able to spend Christmas 2019 at home with family and was beginning to walk using a walker. 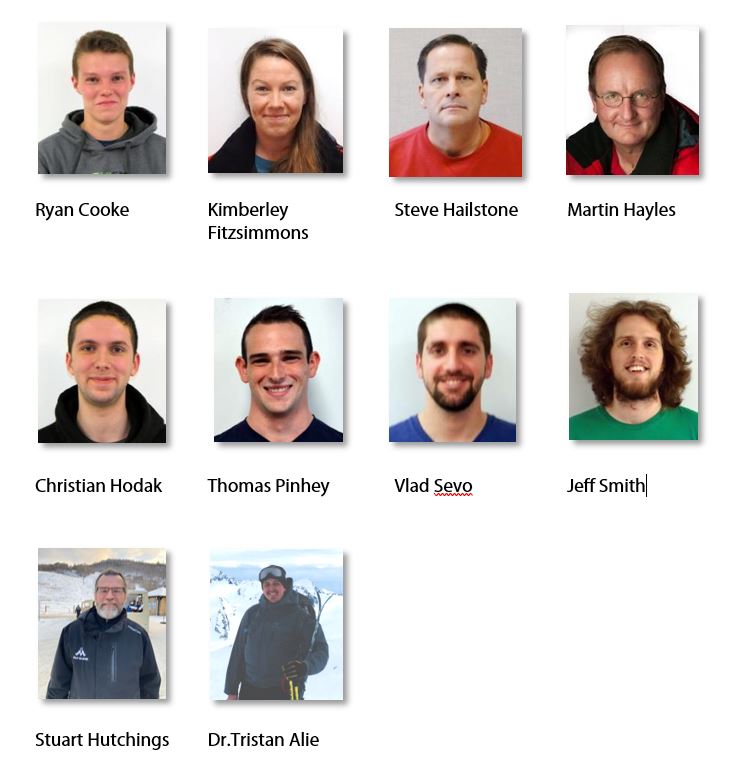